Christmas is a special time of year where we gather around the fireplace to open presents, share smiles and exchange laughter, and enjoy the company of our closest loved ones. After you’ve opened the last present and stuffed yourself full with as much honey glazed ham as humanly possible, snuggle up around a warm fire and pop in your favorite Christmas movie.

With so many to choose from, we decided to put together this list of the absolute Best Christmas Movies that you may have forgotten over the years! You can catch a short preview clip to decide which one you’ll start with first. Don’t forget to decorate your fireplace mantel for Christmas!

Love actually gives us ten different perspectives that remind us what love actually is. This is a wonderful film set in London that follows the stories of a group of unique individuals, all of whom seem to show love in their own special way. Whether you’re the type to wear your emotions on your sleeve or you’re not into all of the mushy love scenes, there’s something for everybody! See which character you match up with the most! Based on a true story, Joyeux Noel illustrates a memorable event that brought forth a Christmas truce between opposing armies during World War I. This moving depiction captures the extraordinary power of the Christmas Holiday and shows how powerful the traits of compassion and mutual understanding can be. The ceasefire begins after a German soldier begins singing Silent Night in the midst of a wartime battlefield. If you haven’t seen it yet, make sure you watch this film. Preview the Joyeux Noel Trailer below!

While You Were Sleeping

What’s a Christmas movie without an unexpected romance story that is filled a series of unpredictable events. Sandra Bullock stars in a Christmas classic that involves a woman who saves the man she has a crush on. You’ll have to watch the rest of the film to find out how she ends up falling in love with his brother!

Image via There Fined Investor.

Filmed back in 1947, George Seaton’s unbelievable Christmas tale gives every child a reason to believe that Kris Cringle exists. The story unfolds as a Santa Clause in a department store claims that he is the real Santa. Authorities get involved and the audience is in for a wild ride. It will make you pose the question, “Do you believe in Santa Clause?” 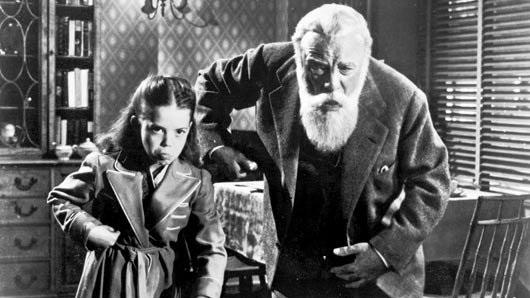 Ebenezer Scrooge is a disdainful miser who abhors Christmas and everything about it. Watch his life change as he goes from a penny pinching Grinch to the most generous dancing duck you will ever see! Mickey Mouse saves the day in this classic Christmas favorite! Relive the memories by watching the trailer of Mickey’s Christmas Carole.

This 1946 film has stayed in the hearts of many who have seen it over the years. It is the touching story of a man by the name of George Baily. George is a hard working family man who is pushed to his tipping point on Christmas Eve. The only thing that can stop him from taking his own life is the intervention of a not so well-versed guardian Angel by the name of Clarence Odbody. This movie has a beautiful moral that reminds us how important we are in each other’s lives! Tim Burton’s The Nightmare Before Christmas

Tim Burton’s visually engaging animated film renders the story of a Halloween being that manages to cross over into Christmas Town. Originally developing from the Disney Animator’s poem back in 1982, the screen film wasn’t adopted until 1993. Check out “Jack’s Lament” in the video below!

Actor/Comedian/Anchorman/Race Car Driver/Funny Guy Will Ferrell can make just about anything Laugh-Out-Loud funny. In this 2003 Christmas movie, Ferrell plays the role of a naïve and out of place elf who means well. The story line sets itself up for a comical screen play that is over the top funny and simply one of the Best Christmas movies that will have you wiping away tears!

Home Improvement’s Tim Allen stars in a hilariously funny Christmas story that ends up sending him on a wild ride. Playing Scott Calvin in the movie, Allen delivers a five star performance as he learns just what it’s like to be Santa Clause and receives some reindeer driving lessons while he’s at it! Arthur Christmas is a fun film that’s perfect for the kids. It has incredible digital presentations that place this modern movie in our list of the Best Christmas Movies. See what happens when Santa’s son, Arthur, decides to take on the big responsibility of delivering a Christmas present. Jim Carrey’s delivers an all-star performance in this cinematic adaptation of Dr. Seuss’s How the Grinch Stole Christmas. Following the storyline of the colorful children’s book, the Grinch employs many mischievous tactics to ruin Christmas for all of the residents of Whoville. This is a one of the best Christmas movies that will never get old! 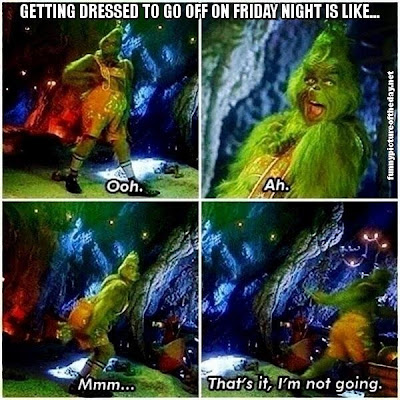 What’s Christmas without Home Alone. Macauley Culkin plays a young boy who is left behind on the holidays while his parents fly off to Paris. Life as the big man of the house has it’s preks initially until two burglars try everything they can to outwit this clever eight year old. This Holiday film is guaranteed to make your kids laugh their socks off!